Talk starts at 1:42:20. Pretty hilarious and sounds like some of us. 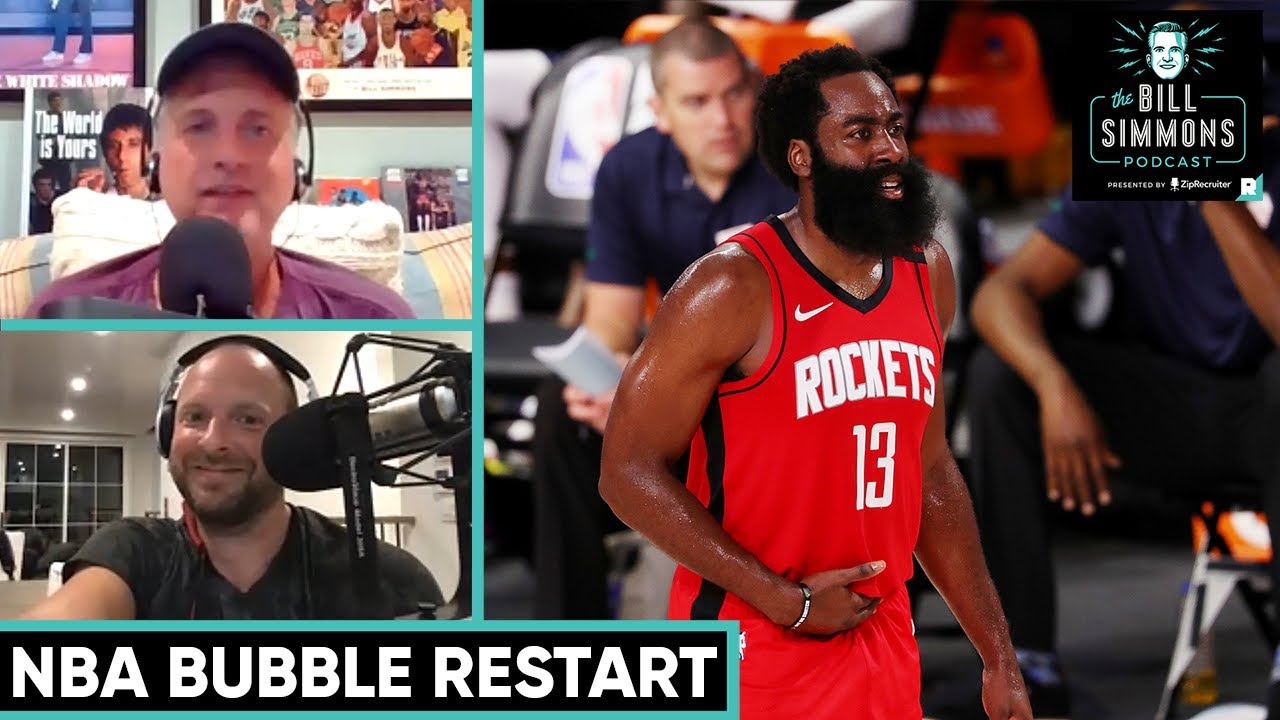 MyTeam brainwashing at its best

Adults: John Stockton was so good he’s the best pg of all time

Child: that’s wrong he doesn’t even have a opal

Lol. But Kareem does have a GOAT card.

can’t watch right now. so they have a comedic podcast to talk about myteam?

No they talk NBA and Simmons has a young son who plays 2K and he talks about how stupid MyTeam is for a few minutes.

Idk wat Bill is talking abt, Lamelo will be by far the best PG in the league, he’s just as good as a shooter as Steph Curry except his shot is the fastest in the league more athletic than Russell Westbrook, and he has Magic Johnson’s handles.

Just like Lonzo was going to be Magic Johnson right

But for real though Lamelo is looking good but we need that rookie season against NBA teams to see more.

I was with them on everything till they started talkin shit about vince carter. I dont agree with t mac also but his career was short. However vince has one of the most amazing careers and the longest career. Did j erving ever dunk over a 7 footer? Vince did it during an olympic game. Now let’s add that he is getting ready to retire from 22 years, most say 20 is enough. Back to the 7’ 2" french player carter posterized, and the french people call that dunk “le dunk de la morte” meaning dunk of death. No hard feelings that he did that man that way just pure amazement and cheers all around. Another thing is vince carter actually won his dunk contests when he won which you won’t see today because now they hold dunk contests to shed light on new players to the league so they’ll sell more merch instead of the best most explosive and most original dunks. So fuck yeah he deserves his goat card and i expected him to be one of few to get one.

I gotta disagree with you on this one… Vince carter was nice but it’s exactly what Simmons was saying. Is he a top 50 all time player? Can you really call him one of the greatest players of all time based off dunk contests and a long career? So if Zach Lavine wins a few more dunk contests and plays another 15 years he’s one of the greatest players of all time? I think that’s setting the bar too low given some of the things better players have accomplished. Longevity is partially injury luck anyway, that’s not necessarily even in his control.

I would have been like “wait you can BUY packs? How much money do people spend on that?”

Woah Simmons has a son ?

Old man: back in my day, Cousy and Havlicek were superstars

Kid: im sure they’re good but have you seen Lonzo and Bol Bol play?

Vince is nowhere near being a “goat”. Best finish in mvp voting was 10th. Never been 1st team all nba. He’s been 2nd and 3rd team once each.