Best way to earn tokens outside of Dom?

I just can’t bring myself to do Dom. I’m sitting in the Amy market with 3 to go till diamond and I want Isaac. Any cheap sets to go for? Do y’all just grind tt online?

spotlight sim plus get rewarded with a Diamond player and 6 Tokens each time.

I got a little tired of the TTO grind for a bit so I’ve played some TTOffline games. For a while I kept hitting the 10 tokens, but I only got it once today. Pulled these in a diamond consumable pack from opening the vault though. 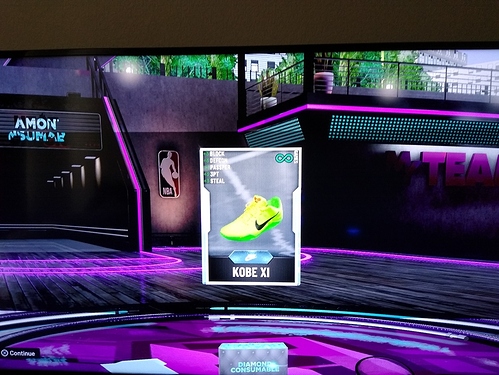 Knicks spotlight sim. You get 12 tokens thank me later

My homie plays TTO strictly (and PWF) and has 3 token opals, where as I finished Dom and play probably 3 12-0 series a month, never touch TTO, and I still need 3 more PDs to even get to the opal market. So TTO is the answer, if you win a lot.

Currently Triple Threat Offline seems like the 10 token drop is much more frequent now. If you can get that once in every 10 games you can probably make 20 per hour. TTO I think has a higher potential yield but if you hate playing online dealing the toxic nonsense that might be a viable method now.

Domination is worth the grind for tokens. Trust me

Is there a breakdown anywhere for the total amount of tokens you get for each Dom? I remember last year somebody broke it down

Search it on YouTube. Mosballin did one in the fall, I think. Total tokens is 625+ though, IIRC.

The nice thing is you can unlock the next level of Dom by only doing like a third of the previous one. The good token rewards are in the final Dom

Whaaaat? How did I not know this this is a game changer.

damn that video is going back a bit. Feels like years ago to be running with those players

Yeah, I remember doing Dom when Jerry Lucas was my go-to scorer at PF.