I just hit Amethyst tier last night and picked Michael Redd, so far liking the card . What are the best ones in your opinions?

DeAndre Jordan is a beast on the boards and can throw it down hard too. I like Rudy gay too, his player model is a lot bigger than is listed height.

Bill Russell is great as always. Plays a lot bigger than his size.
Robert Parish is also solid if you want a big that can hit the midrange and finesse in the post he is a better choice than DJ.

I think I’d prefer DJ though but parish does look nice, just never care for using him too much in 2k

Bill russell hands down after redd. Pretty sure its the hof rim that gives you the gorilla jump on defense. Game changer

Used both Bill and DJ and i honestly prefer Bill by a country mile. Also shout out to Battier dudes a beast. Top not D, great from range and can dunk the ball.

Rodman has been a beast on the boards for me, but Battier is probably my pick after Redd.

second game with redd i dropped 44 points in historic dom 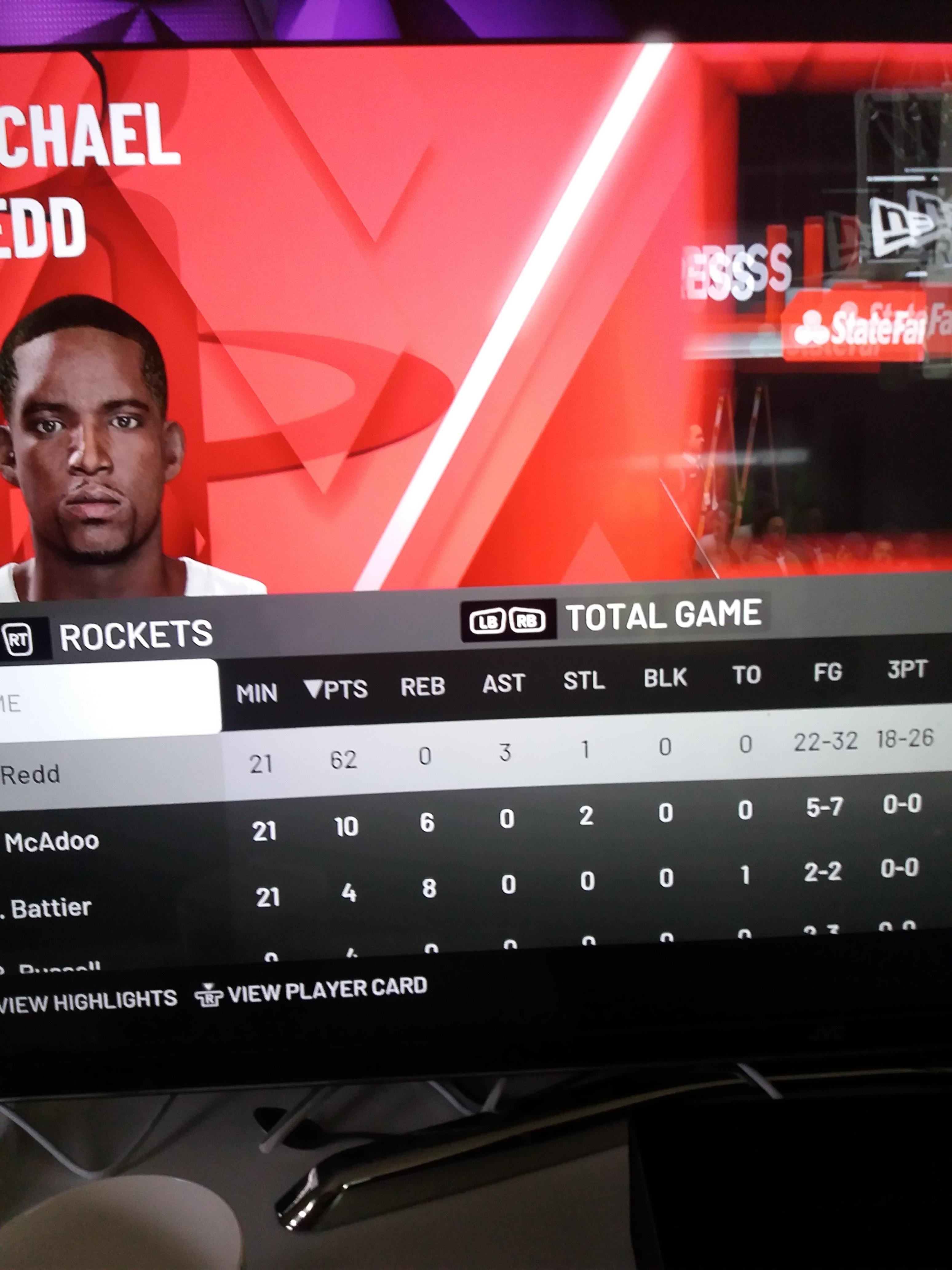 From what I’ve read, Googs is pretty bad this year. I’m 18 tokens from my first Amy. Going Redd and then Russell.

I may scoop one of the centers over googs and finally retire mureasaun. I love the Amy Frye though so it will be tough to start over him

I picked Redd then Battier

I picked 9 cards and my faves are Michael Redd, Deandre Jordan and Shane Battier (yea I gave him a chance to redeem himself and he is doing great.

Bailey is good in the post but wilts s better option at the 4, wilt and DJ together is a nightmare for guys just sprinting to the paint.