Are you serious with injuries 2k?

2 games 2 injuries in a row with Amy D’Angelo Russell. What the fuck is this bs? I’m trying to do a 150 pts challenge with him and they really wanna screw me in every way possible. First game OK he had a gatorade sign and ofc he was out for 11 games. 🤦 But this second game he was on fucking 75% energy and the mofo injured for the 2nd damn time. 🤦 What the hell is with this bs?? 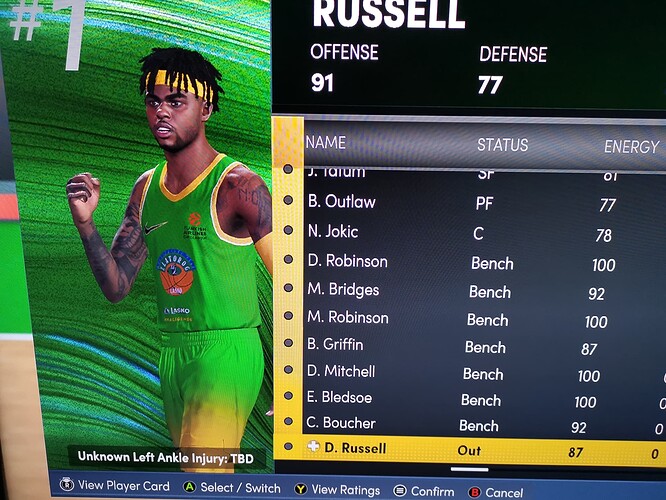 Had the same thing to me happen trying to do a challenge on Colossal Julius Erving - he was injured 2 times in a row. And he had 80% energy when he got injured which doesn’t make any sense whatsoever. THIS GAME IS SOOO RIGGED. I had to spend like 10k on injury cards. Meanwhile I had other players on like 25% energy and none of them got injured simply because they didn’t score much points.

I have had only 2 injuries so far and only one caused a player to leave the game for more than a few minutes. Let’s give them the credit they deserve, We wanted them to make 2k better and they accomplished that. 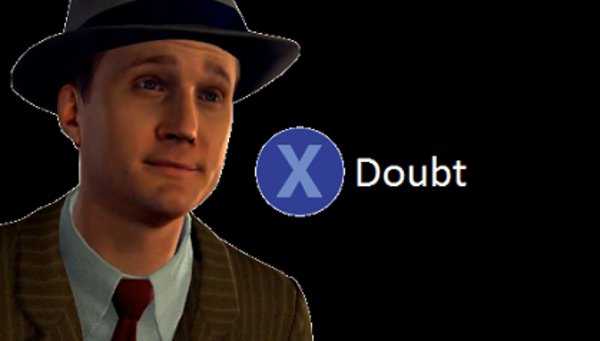 Like I said 2 injuries, nobody has time to debate it, bottom line is you don’t like 2k don’t play it. I get some negativity and complaints but you take it an another level. Seriously play a different game or deal with this one.

believe it or not, i haven’t had a single player get hurt yet besides dame in a limited game… and he could play through it (his ratings were really low). but i think a tweak to offline injuries is necessary. nba players play 40+ mins and don’t get hurt irl. online however, i like it. nerfs 5 man, makes the game more strategic, etc. i’m not complaining about it, then again like i said i haven’t had a injury.

I believe you, it has only happened to me in offline games - domination, when I was trying to do the challlenges, such as scoring 150 pts with a player, so I was forcing my plays to that player, but I was doing everything I could to preserve his energy. Like I said my Julius Erving had like 80% energy when he got injured which makes no sense. It’s like they do anything in their power to make these XP grinds as frustrating as possible. I had other players on like 20% energy at the end of the game and they didn’t get injured but Erving did, simply because he scored a lot of points for the challenge.

And this did not happen in one game. It happened in 2 games in a row. On Julius Erving and the same on D’Angello Russel before, so it is definitely rigged IMO. Shit like this can’t happened 4 times in a single day by coincidence. So believe me, you’d be pissed of too, if it were to happen to you. Even the almighty god of NBA 2k @BallerD would I guess

If you don’t believe me, try it out in dom.

pretty funny that a fantasy mode has injuries, my ross got injured on 8 or 9 3s twice, my DRose got injured at like half time on unlimited game after I bought him, FA Kobe got injured on 35/40 pts for his challenge to be done. Legitimately close to 40% of my 5v5 games (not counting drafts idk if they can get injured there) have an injury, I try to only grind XP in ttoff now. I think I’ve had a couple others but forgot who they were

Same man, same. I decided to avoid doing these XP challenges in dom because the game fucks you whenever you score too much points with a player. The only thing you can do to avoid is to maybe do a challenge with 2 players and have 1 player do his challenge for the 1 st half and the other player on the 2nd half. My main scorers always start to get injured in the 3rd quarter, no matter how much energy they have.

This is how I’ll do my XP challenges from now on. And in TTOff like you said, that mode is injury proof I guess haha. I had enough of buying fucking healing cards.

Please don’t @ me, I’ve already finished with this thread.

Also I will clear up your misconception, I’ve never once said I was no god of 2k, I said offline is easy and imo winning both Dom’s by an average of 31 per game and losing only once because of a network error to me means it’s easy. TT as well for me hasn’t been hard. I’m not one to say I’m great because I know better.

It’s not hard for me either but no need to brag about it here.

Also mods can we please stop this arguing, I’ve been trying to not argue as it’s immature and I don’t wish to engage in such things. @trala7 @HarryLundt @star5CR34M

Stating a fact is not bragging, offline is easy if you don’t agree I’m sorry

Look the only one trying to argue here is you, if you can’t take a joke that’s your problem. So stop trying to stir shit up, and trying to involve the mods as if they don’t have anything better to do than to deal with your non sense. I’m done talking to you, so don’t you worry

@trala7 @HarryLundt @star5CR34M still trying to get me to argue, I’ve asked him to please don’t @ me and I have nothing to say to him. Please can we stop this kinda thing? Sorry for tagging twice but I’m working and I keep getting notifications.

Likewise man, please stop responding to this threat and leave me alone. Thank you.

The only one trying to argue here is you

I know you want to argue but I don’t, No means no, we talked yesterday and I’m done with it so why are you @'ing me and constantly replying to my comments to send my phone a notification? I’m working and can’t and won’t sit on 2kgamer all day and talk to you, Good day sir.