Anyone here raw with the shot stick on next gen

The shot stick is crazy.

Only thing is the air balls come
Here and there lol

i just really started using it this weekend as im a shot button guy. but when you get it down its over. made like 5 quits with Ruby steph and amy klay in last 30 mins of limited event just to get me some packs

Yea I’m trying to get on that level. What’s the trick

dont start flicking the stick when you get the ball in your hands, it’ll be too late already

as you make the pass, start moving the stick slowly as the ball gets to the players hands, so by the time the ball is with the player , your stick is already down, just a matter of tilting it a bit

No, I’d say slow enough but not too slow that you’re kind out of rhythm

I flick to 7 o clock, because since you’re flicking it slowly, the bar should always be on the left, you know you’re doing it too fast if you see the bar on the middle or if you’re really quick on the right

Yea I been doing it fast to the right because going slow feel abnormal. Like to get it in the 7 o clock spot feel extra slow.

If you start flicking the stick slowly down DURING THE PASS, then by the time the ball hits your hands, your player automatically goes up for the shot, but since you did the “pre-flick” already, you’re literally just tilting the stick a bit to meet the bar 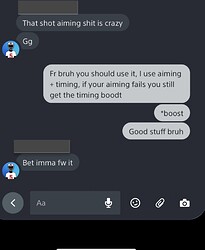 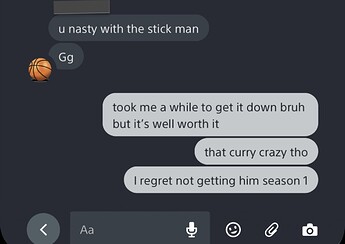 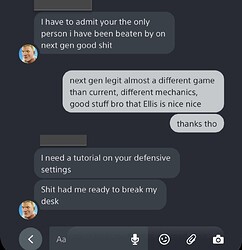 I do it too, but honestly I find that if you time it right but miss the aiming, you still get the timing boost

Same thing the other way around, sometimes you’re early/late on the timing, but you aim it right, and it’s still green

It’s literally which one you green first, if it’s timing or aiming

oh thats why one dude was talking all the time but it was not really clear what he was saying (ps5 controller speaker) but i picked up he was saying he was reporting me lmao.

Oh yea ima need you to give me the in depth analysis on how YOU use the stick.

PD steph is ridiculous when aiming

But if we’re being 100% honest , I think it’s kinda broken haha, you’d have to really be flicking your stick up to even contest the shot if your opponent is using stick. Wouldnt be surprised if they nerf it more