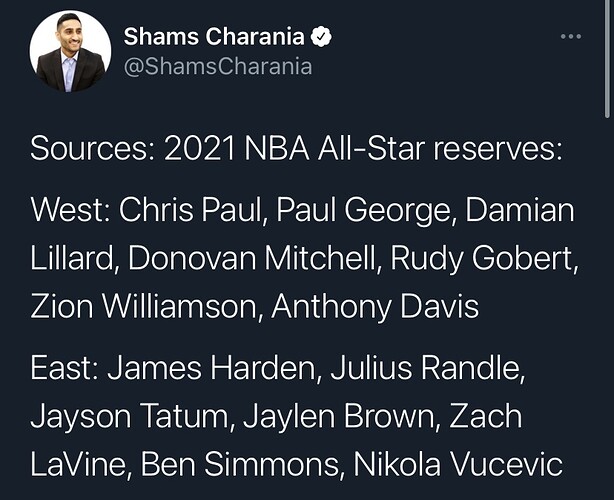 Wow, Trae disrespect continues. Boy is top 10 in scoring and Top 3 in assists

D Book will get AD spot on the roster. Bam is playing great but don’t think he should have made it over anyone on here considering how heat is underperforming

worst defender in the league, i didn’t have him making it with all these east guards

where sabonis or bam?

sabonis got snubbed but , Ben has better numbers then Bam

Bam over who? Sabonis is a different story but Bam…ehhhh

He’s up there, but at least he’s giving effort on defensive end so maybe not THE worst. But 27 + 9 deserves a spot imo. Beal was averaging only 2 points more last year and everybody was devastated that he didn’t make it. Don’t think that we will see the same trend with Trae tho

he deserved it over simmons though imo 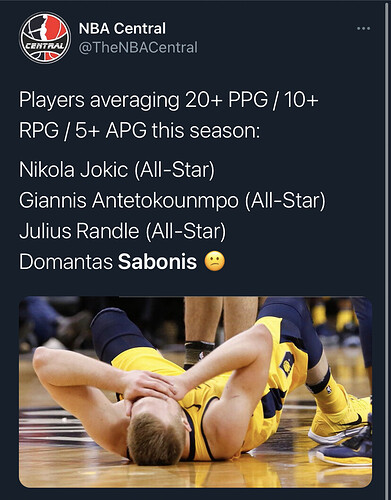 yeah i dunno haven’t tuned into many hawks games

i feel like he was inconsistent for a week or two