Market is flooded!!! Go get yours now!!!

Something shady is definitely going on. Maybe there is some kind of duplicate exploit glitch that someone is spamming.

I bought around 2 million MT of dirt cheap Kevin Durants and Michael Jordans a couple hours ago for investment purposes, but it’s apparent now that I just flushed my hard earned MT down the toilet because those KDs and MJs are coming down the pipe non-stop. Thousands upon thousands of these cards are flooding the market with a new one listed every few seconds and this has been going on for hours now. The PC community isn’t even big enough to absorb this many cards. I’m probably going to have quick sell them for a small fraction of what I paid for them.

I bought MJ for 260k before and blew around 400k on this new wave of KDs and MJs. 30k left. 2m is insane though, but no one could’ve predicted this kind of flood… That’s just an insane amount of cards…

And on top of that MJ and KD will be on every team now so it won’t be that much fun to use them.

Our only hope is that 2k or the Chinese MT farmers correct this somehow, but it doesn’t look good.

PC is a mess 2K can care less.

Can I see some screenshots sounds lit asf lmaoo

I haven’t made any, if it still going on I can make some in a couple of hours.

Sorry nothing really to capture anymore.
Still weird though: there were 41 ibakas in the Ah and I counted 41 KDs in the upcoming 13 minutes. However, he went for over 200k and as of now there was one for 700+k.
I don’t know what’s going on…

I bought around 2 million MT of dirt cheap Kevin Durants and Michael Jordans a couple hours ago for investment purposes, but it’s apparent now that I just flushed my hard earned MT down the toilet

Honestly, I like playing PC mostly to see what kinda BS is going on in the auction house hahah sometimes you see reward cards. Sometimes there’s 50 of the top new card released all ending at the same time, same price, same everything. There’s always a treat in there somewhere lol

Currently hovering around 15 million MT after obtaining all of the auctionable players I want. 15 mil is a decent stash for future cards but not what I would consider filthy rich by pc standards. I definitely came out ahead on the MJ/KD debacle but have been working the auctions off and on since then so not even close to my main source of MT.

Is this a thing again? Stackhouse and Ben Gordon’s were going for like 500k and now suddenly there are a ton of them on the market and the value crashed tremendously…

Weird. Was there any kind of fire drop today that would cause people to sell those cards if they are not as good?

that’s not how PC works tho

Damn, I just saw people were getting Lebrons and T-Macs for a ridiculous price, like 70k. But when I looked at the AH it was back to normal. Wow… 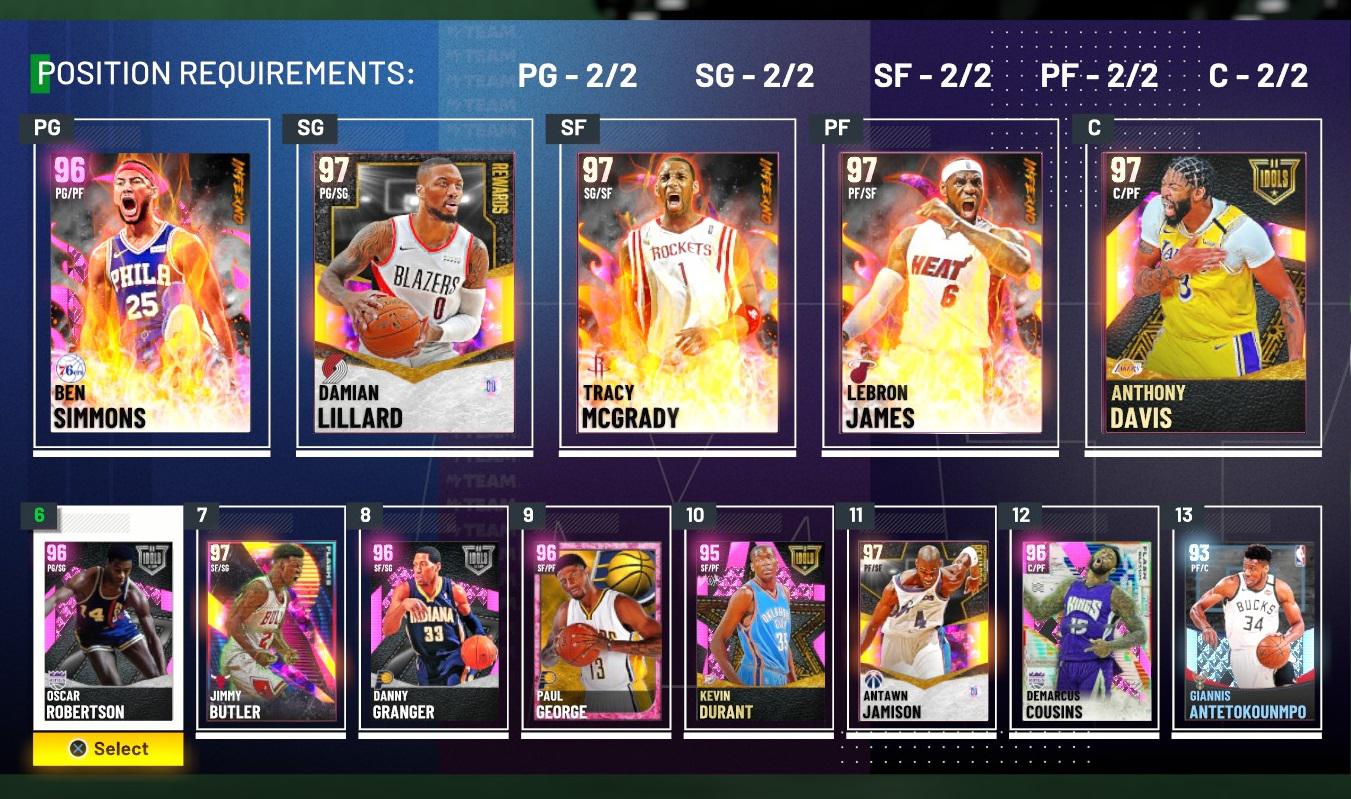