I’ve been playing 2K since January 2018, before that I hadn’t played a video game in 15 years.

Now that you’ve read my bullshit excuse, the purpose of the post is to let you know that although I have a God squad I’m not good enough to go 12-0…been 8-0 a few times. I’ll probably never dedicate enough time to get good enough to do so.

Which one of the Xbox 2K nerds do I have to pay to go 12-0 in January and February for me? I want those 2 rewards. Here’s my current squad, I’m sure 90% of y’all could do work with this… 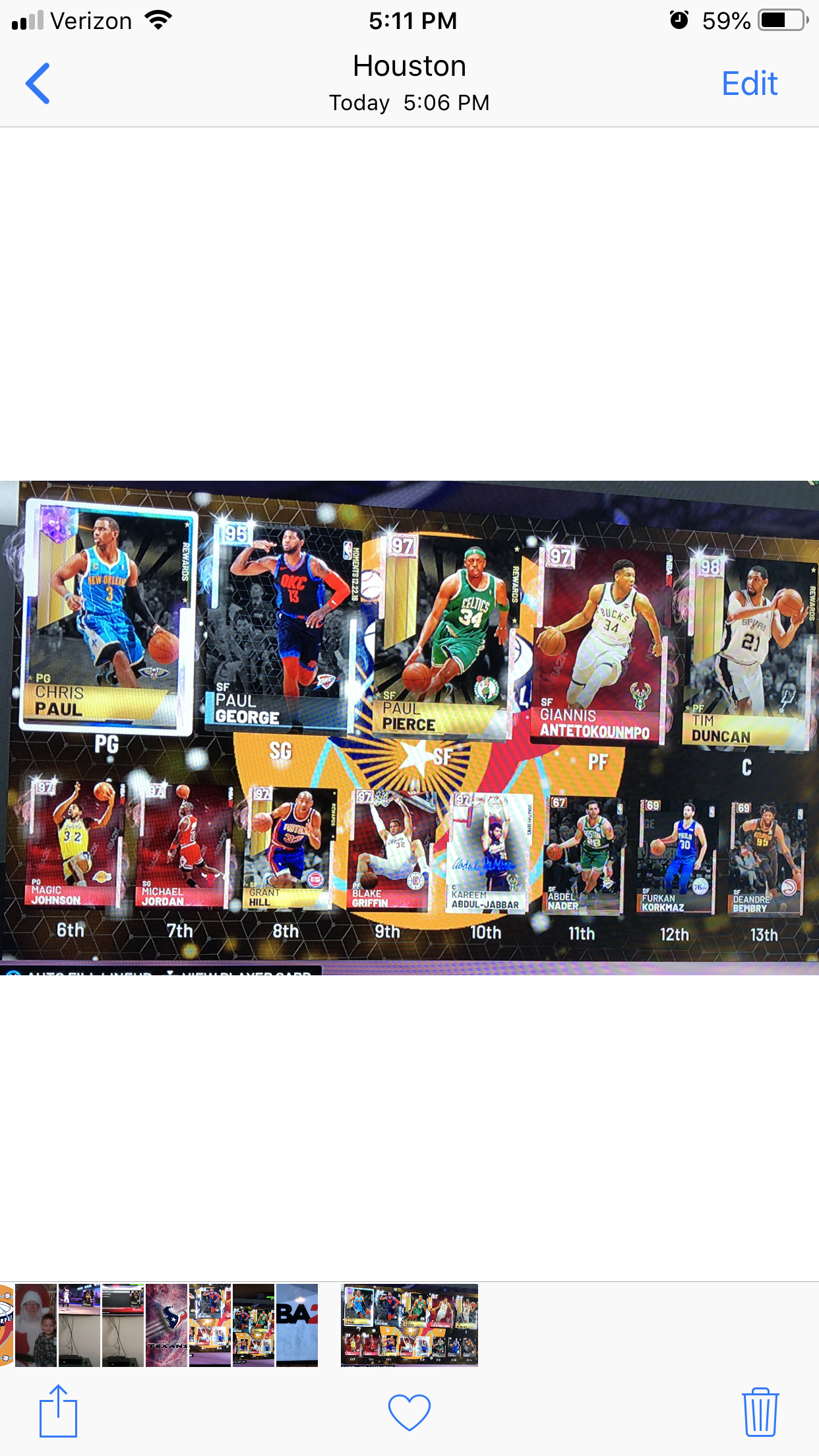 You could hit up @OGxSuave and i dont wanna rip customers from him but if he doesnt want to do it, id be willing to

I guess I’ll go with the cheaper price

That team is nice as hell. Good work putting it together. Similar to mine in ways but you got cp3 KAJ and blake (i have blake but selling cause I need MT)

Preciate it… I was riding around earlier and caught a little of your stream, should be light work for ya

Og will be hype about that steph lol. Didnt you have that pd steph ?!

Lol nah I don’t use anyone but magic and oscar

Id run him at two like i do cp3

I’d get CP3 out of that lineup completely due to his height and bad jumper animation. Aside from him, you’ve got plenty of players who are capable of going undefeated. You just have to learn how to use your cards and play to their strengths while hiding their weaknesses. Maybe try some triple threat to get a lot of offensive reps in until you master 3 cards, then move on to the next 3 cards, etc. Come back to Unlimited after you’ve mastered every card in your lineup on offense.

Yo bro when I get home you wanna run a game?

The cat above you is on ps4

Maybe im wrong? I saw that too just thought it was ps4 @jyoungAD

I’m on Xbox, same gamertag there as my username is here.

Ah gotcha, im playing smash right now but id be down to watch you and @OGxSuave play and we can get a game going some time later

It’s cool I need to take a break from 5v5 MyTeam until Dr J becomes available.

I’m sitting at 11-0 and will probably just play Triple Threat until then.